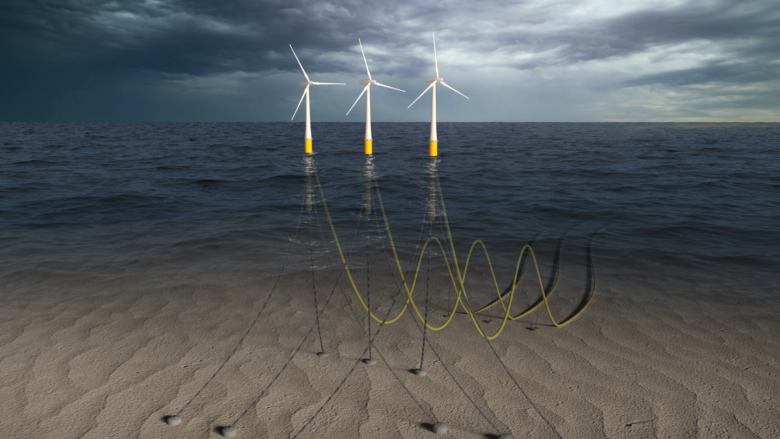 However, we are seeing many new projects emerging in the United States, such as the Hywind project 4Subsea has been working on since 2010.

Wind energy isn’t new, but it has been neglected for an extended period. People are learning about wind energy and its clean potentials.

At the same time, there is clear information proving that wind energy can offer many benefits. This includes both financial and environmental benefits.

So as the offshore wind industry takes off, we’d like to go over some of the advantages of this source of energy.

What Are Offshore Wind Farms?

People have recognised and used wind energy since ancient Egypt. The way it is used today is much different. Today, we are using wind turbines to make the most out of this natural energy source.

An offshore wind farm is basically a large formation of wind turbines located offshore. They lie on water attached to pontoons or stilts. All of the turbines are connected to energy collection systems.

Even though they are similar, offshore farms shouldn’t be confused with onshore farms. The total number of farms worldwide in 2019 was 115.

Tip: Read more about the history of wind engineering in our in-depth article on the matter.

At 4Subsea, we’ve taken an active part in the development of wind engineering and have many good reasons to believe offshore wind farms are the future. Let’s look at them here below.

Wind energy receives a lot of negative publicity for its potentially harmful effects on local wildlife and ecosystems. While there have been a few instances of birds colliding with windmills, the full context has to be taken into consideration.

For example, there is no proof that wind farms harm aquatic ecosystems in any way. The number of wind farms in water is increasing, and the industry is keeping up with relevant research. Even though it will take a lot more years of research, there is clear evidence that this energy source is a lot safer compared to other methods.

Offshore wind farms don’t require a lot of space to be constructed. The environment doesn’t need to be changed in any way. On the other hand, onshore farms usually require cutting down trees, levelling the land, moving wildlife, and changing the landscape altogether.

It should be noted that this energy source also doesn’t rely on any expandable resources like coal, oil, and so on. On top of that, these energy farms are located near the shore, where there isn’t much marine life.

Offshore wind farms are more efficient than their land counterparts. The wind is obstructed in many ways above land. Various hills, mountains, buildings, and different streams reduce energy output. Shoreline turbines, on the other hand, are placed a couple of miles away from land.

This means that they are in the clear where nothing can obstruct wind power. Turbines can capture all of the wind that is circling. At the same time, the landscapes aren’t affected in any way.

In comparison, average wind turbines onshore with a 3 MW capacity produce enough electricity for 1,500 households. An offshore wind turbine with 3.6 MW can provide energy for over 3,300 households per year.

One of the biggest downsides of wind turbines is that they can be pretty loud. When located near residential areas, they can cause a lot of noise pollution. However, since offshore wind farms are always a few miles away from the shore, they don’t cause distress to their surroundings.

The majority of traditional energy sources use resources that aren’t renewable. The development of industries and human population growth will only increase energy demand in the future. At some point, these non-renewable resources will run out.

On the other hand, wind energy is renewable and can be used indefinitely. The wind is a natural phenomenon caused by different pressures in the atmosphere. As long as this continues to happen, we can safely utilise wind energy for electricity.

The Potential and Future of Offshore Wind Farms

New investments in wind energy create more jobs. At the moment, around 100,000 people work in the US wind industry. Wind turbine electrician is the fastest-growing occupation in the country.

This shows how much potential there is for offshore wind farms in the future. The time has come to start switching to more renewable and eco-friendly energy sources.

At 4Subsea, we specialise in offshore wind engineering and offshore wind sensor monitoring and bring together decades of expertise in concept development, system analysis, and subsea engineering. We’re always happy to have a chat about your specific challenges within this field.