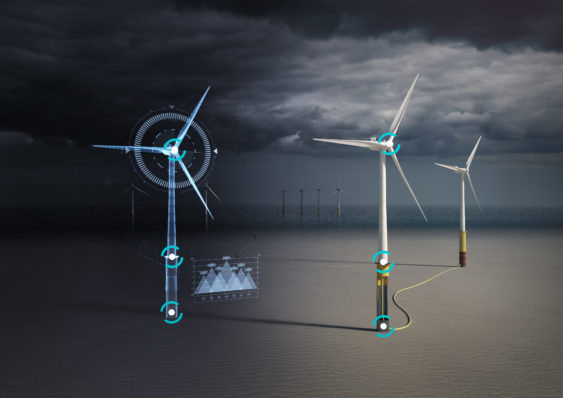 The world has become much more eco friendly in recent years, due to the pressure from ecology preservation agencies. The raised awareness about the many environmental issues that plague the world is vast, but energy is by far the most significant pollutant.

The way we get energy is relatively archaic, and most of our energy comes from burning fossil fuels, which are a very non-green energetic solution. Burning fossil fuels account for a lot of the pollution, and this is why we’re always looking at alternative energy solutions.

4Subsea specialises in Offshore Wind Engineering and help from concept development and system design to hands-on engineering and performance analysis. In this article, we’ll look at wind engineering’s humble beginnings and what our options look like today.

What Are The Current Alternatives?

The most popular renewable energy source is wind. Wind engineering is a great way to get renewable energy that doesn’t pollute. Top-rated contenders in the renewable energy market are solar and water. Nuclear energy used to be very popular, but has declined due to a myriad of reasons.

Just like nuclear energy, most alternative forms of energy come with their faults. Either they’re too expensive to maintain, don’t produce nearly enough energy, or are outright dangerous.

While fossil fuels reign supreme, they still pollute quite a lot. There have been efforts made to cut down on this – with Subsea Engineering at the forefront of this effort.

Wind engineering has had a rocky start. When wind turbines were first introduced, the costs of producing and implementing them within fields were astronomical, significantly outweighing the energy output.

That has set the field back for quite a while. With the current green perspective about energy, wind energy has made a comeback. Now, that hasn’t happened overnight, and the green revolution has happened on numerous occasions.

The first modern wind turbine was created in 1888 in Cleveland, Ohio, by Charles F. Brush. That was a relatively crude design, but it incorporated the turbine technology, which is used to this day. This crude turbine could generate about 12KW of power, which was a considerable amount for that time.

Today, wind engineering is a pioneer of renewable energy. Its emissions are virtually non-existent, and more companies and countries are beginning to implement it within their midst. Holland is the most supportive of wind energy, being one of its biggest consumers.

Holland has implemented wind engineering within its energy infrastructure as a secondary source of power, rather than a novel power source. Wind engineering in Holland generates about 1.7 GWH, which can power about 5.7 million Dutch households. Holland has a population of about 17 million people, so this energy source is quite integral to the country’s infrastructure.

When it comes to technological advancements, it’s relatively hard to tell what the future holds for wind engineering. The wind has relied mostly on turbine technology. Other endeavours that utilise wind have been attempted, but none were as successful.

The Pros and Cons of Wind Engineering

While wind-based energy is entirely renewable and comes jam-packed with several benefits, it’s not without its faults. Thus, we’ve decided to list some pros and cons of wind engineering.

Tip: You can read more about offshore wind farm advantages in our in-depth article

How 4Subsea Contributes to Wind Engineering

The wind might be one of the best sources of energy, and the growing trends dictate that the most extensive implementation is still yet to come.

It’s estimated that quite a lot of power is going to be produced by wind in the future. With the new emission standards and numerous green policies, it’s only a matter of time before we start seeing more wind turbines all around us.

If you’re struggling with substructure interfaces, cable design, or just general engineering know-how, then you can learn more about our expertise in Offshore Wind Engineering and Offshore Wind Sensor Monitoring or get in touch with us to discuss your options.